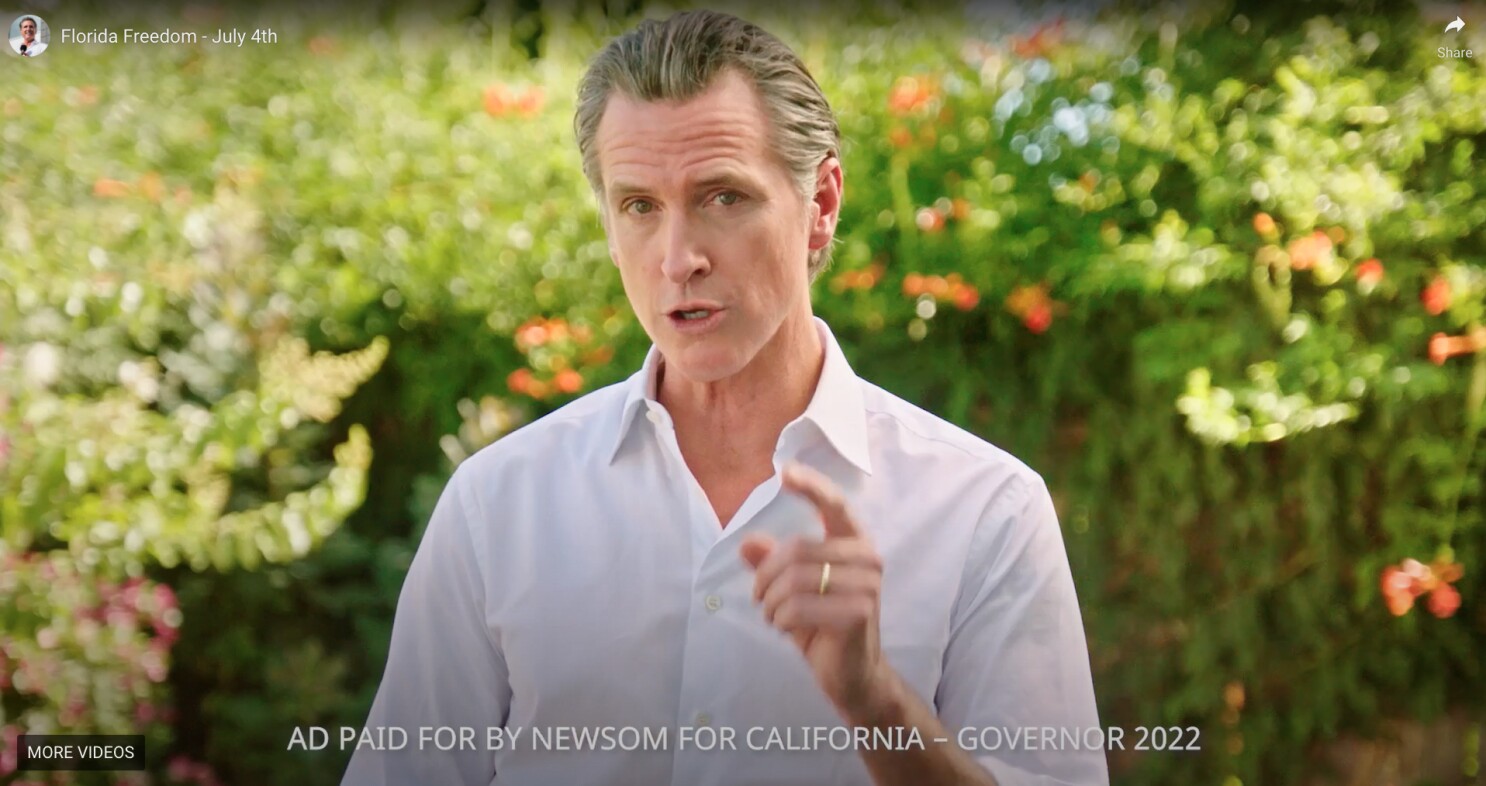 DeSantis spokeswoman Christina Pushaw quoted a post on Twitter about California having the highest state income tax in the country.

“Shouldn’t you be worried about California?” Jeremy Redfern, spokesman for the Florida Department of Health, tweeted.

Newsom aired a 30-second ad in Florida, attacking parental rights legislation, bans on critical race theory and a ban on most abortions after the 15th week of pregnancy.

“Republican leaders — they are banning books,” Newsom said in the ad. “Making it harder to vote. Restricting speech in classrooms. Even criminalizing women and doctors.”

Newsom’s ad urged Floridians to either “join in the fight” or to move to California “where we still believe in freedom. Freedom of speech. Freedom to choose. Freedom from hate. And the freedom to love. Don’t let them take your freedom.”

DeSantis and Newsom are seen as potential presidential candidates in 2024, especially in the event former President Donald Trump and President Joe Biden do not run for office, according to The New York Post. Both are running for re-election as governor in their states.

Pushaw referred The Daily Caller News Foundation to the DeSantis campaign when asked for comment.

“The people of Florida pay no mind to the pathetic smear campaigns from the Democrats and their allies in the corporate media,” DeSantis campaign spokesman Dave Abrams said in a statement provided to TheDCNF. “We’re too busy enjoying the freedom Governor Ron DeSantis has created in the Sunshine State.”

Not to be outdone, James Grant, Florida’s chief information officer, tweeted. “That time when @GavinNewsom spent ‘Newsom for Governor’ dollars to run for Governor of, wait for it… Florida? All while Californians continues exercising the freedom to vote with their feet and leave California. Rich.”

Content created by The Daily Caller News Foundation is available without charge to any eligible news publisher that can provide a large audience. For licensing opportunities of our original content, please contact licensing@dailycallernewsfoundation.org.