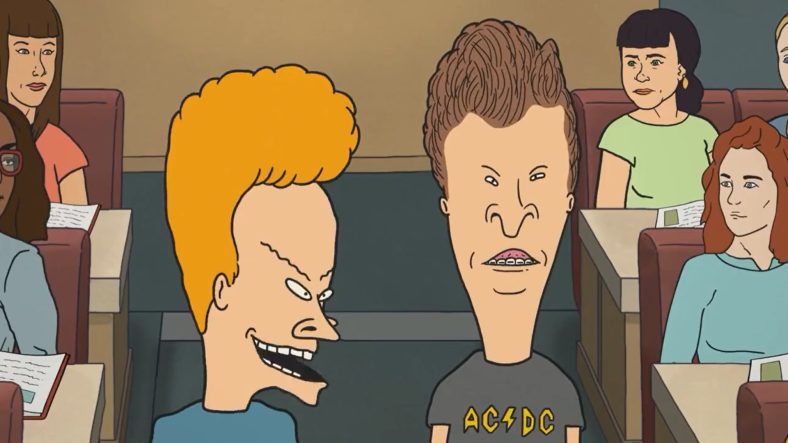 The latest animated feature from renowned director Mike Judge, “Beavis and Butt-head Do the Universe,” returns.

Returning to the big screen in 2022, the well-known MTV combo from the 1990s encounters a vastly new society that is overly politically correct for them.

A college lecturer tells the couple they have “white privilege” in a video clip that is becoming popular online. They think their new “privilege” is amazing and use it to their advantage as they move about campus.

In a tweet, Mike Judge announces: “I present to you the official trailer for the new Beavis and Butthead movie coming to Paramount + on June 23rd. The brand new series will follow shortly after, along with all the old episodes.”

The film is being billed as the dumbest space movie ever made.

In 1998, a “creative” judge sentences Beavis and Butthead to Space Camp, which leads in a journey on the Space Shuttle and the predictable outcomes.

They return to our time after passing through a black hole, where they search for love, abuse iPhones, and are pursued by the Deep State.

“Beavis and Butt-Head Do the Universe” is streaming June 23 exclusively on Paramount+.