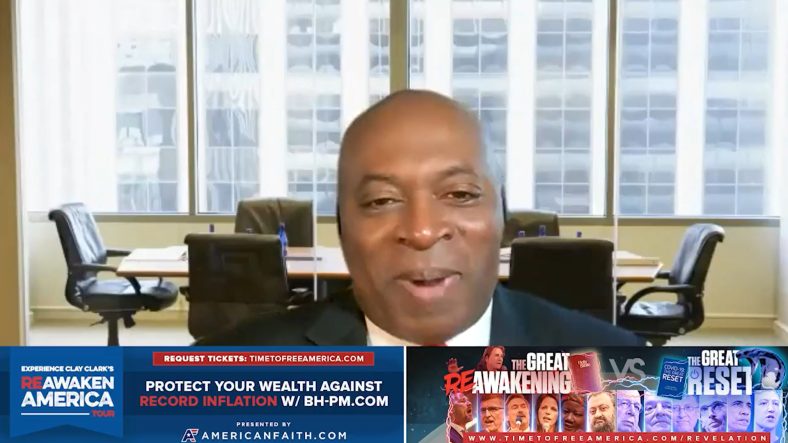 The ReAwaken America tour has made stops in several different locations since April 2021. The most recent event of the tour took place in Virginia Beach on July 8 and 9.

Main Street Armory venue in Rochester, NY canceled the Reawaken America Tour event on August 12 and 13 due to outside pressure. Monday, Newsweek’s Andrew Stanton states: “A pro-Trump ReAwaken America tour event was canceled due in part to concerns about white supremacists.” Stanton goes on the say that more than 2,000 people signed an online petition asking Scott Donaldson, owner of the Main Street Armory, to revoke the event due to potential negative effects on the neighborhood.

The petition claimed that the “Reawaken America” tour will probably bring white supremacists and other hate organization members from the northeast to our neighborhood. The band Japanese Breakfast declared it would not perform at the venue in response to the conservative event.

Clay Clark, the founder of the ReAwaken America vs The Great Reset Tour find the racism allegation allegation laughable, and tired. Watch as he discusses this tactic of free speech censorship with one of the most popular headliners at every stop on the tour, Pastor Lean Benjamin. Pastor Benjamin is the ReAwaken America Tour Lead Pastor and as an African American Leon Benjamin says ” I am most definitely not a White Supremacist.”

For those who have actually attended the General Flynn and Clay Clark ReAwaken America Tour you will see a multitude of people praying and a plethora of speakers not of the same race, religion, or politics discussing election integrity, free speech censorship, and vaccine injuries.

For a year and a half, the tour has brought healing to Americans who found out the truth about Ivermectin and other smeared medical therapies that the Medical Industrial Complex has slandered.

For a year and a half, the ReAwaken America tour has given a voice to those censored by Big Tech giants like Robert Kennedy Jr., Dr. Eric Nepute, Kash Patel, Andy Wakefield, Dr. Judy Mikovitz, and more.  However, for some inexplicable reason, those topics, those cures, those people gathering together and spreading factual information reaching billions worldwide have led to some members of the media and people misled by the media to cry “racism.”