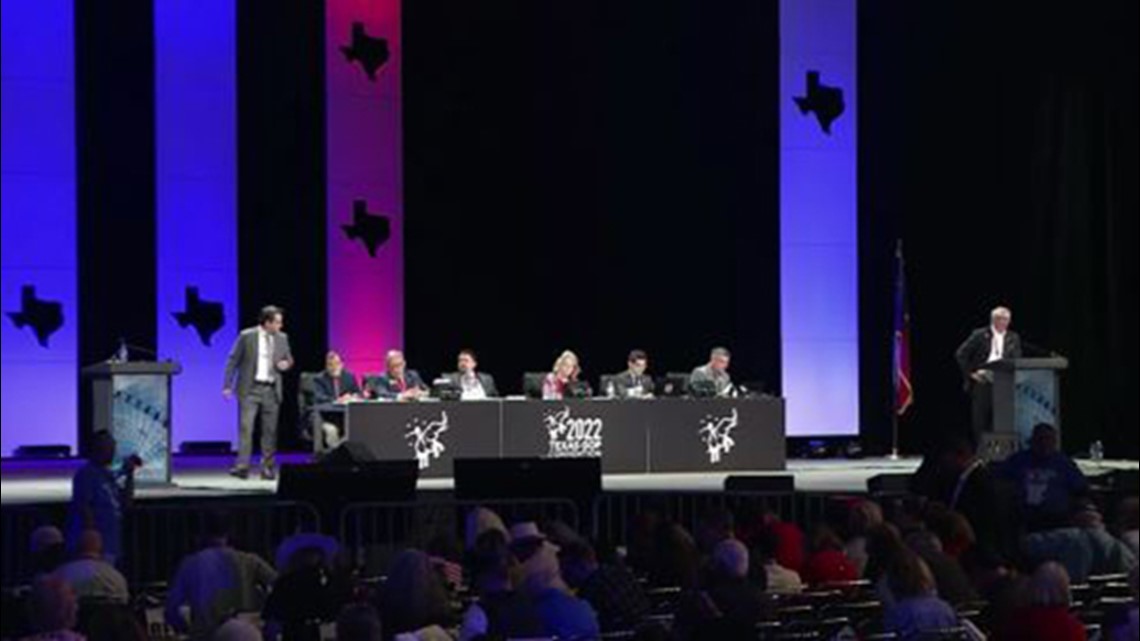 Push back is finally here.

By Reuters and Paul Farrell For Dailymail.com, 20 June 2022

Republicans in Texas formally rejected President Joe Biden’s election in 2020 as illegitimate and voted in a state-wide convention that wrapped up this weekend on a party platform that calls homosexuality an ‘abnormal lifestyle choice.’

The convention was held at the George R. Brown Convention Center from Thursday until Saturday, and the vote to reject Biden’s election win was a verbal one.

That resolution said: ‘We believe that the 2020 election violated Article 1 and 2 of the US Constitution, that various secretaries of state illegally circumvented their state legislatures in conducting their elections in multiple ways, including by allowing ballots to be received after November 3 2020.’

The resolution went on to say that ‘substantial election fraud’ in cities helped Biden win.

It concluded: ‘We reject the certified results of the 2020 Presidential election, and we hold that acting President Joseph Robinette Biden Jr was not legitimately elected by the people of the United States.’

Republicans were also urged to show up en masse to vote in the November midterms to minimize the effect of any future election fraud.

The other notable moments at the convention saw the Texas Republicans publicly rebuke Senator John Cornyn for engaging in bipartisan gun control talks, voted in favor of repealing the Voting Rights Act and voted on a measure demanding that schoolchildren ‘learn about the humanity of the preborn child.’

The party’s embrace of unfounded electoral fraud allegations in a bedrock Republican state came as a bipartisan congressional committee seeks to definitively and publicly debunk the false idea that Biden did not win the election.

The platform will be sent to the state capital Austin to be certified officially by the state Republican party.