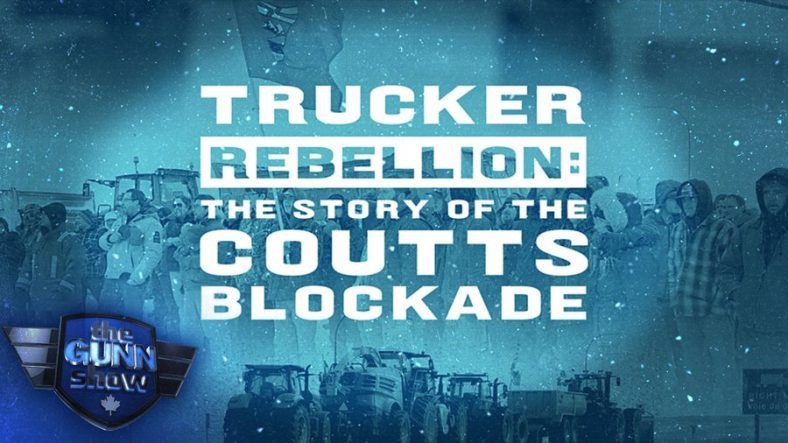 The caravan and blockage were arranged as a show of solidarity with individuals taking part in Freedom Convoy 2022, which is protesting Canada’s harsh COVID-19 immunization, testing, and quarantining requirements. A gang of truckers utilized their huge trucks to block both the northbound and southbound lanes of traffic at the Coutts, AB/Sweetgrass, MT border on Saturday, January 29.

Rebel News captured never-before-seen video from behind the scenes of the 9-day Coutts freedom protests in this unique and hard-hitting documentary. Viewers of the film will witness the tense standoff with the Royal Canadian Mounted Police (RCMP), depicting the tense days-long discussions. As the cops moved in on the trucks, Rebel News reporters Kian Simone and Sydney Fizzard, were inside the chats with cops, listening in on the blockaders’ decision-making process.

For the first time, this new documentary tells the entire story. The truth brought out in the film stands in stark contrast to the conflicting propaganda of the media’s and politicians’ stunning lies.The Rebel News reporters saw what the media and politicians got intentionally incorrect..

Not all of the Canadian ‘freedom truckers’ protesting discriminatory vaccine mandates went to Ottawa.Many truckers decided to take a stand at a small border crossing in Coutts, Alberta. This is their story, produced by the independent media vanguard Rebel News.

The documentary depicting the inside perspective of the Coutts blockade was released May 26, 2022.

Rebel News sold out their two Calgary screenings on May 29th and June 1st at Calgary’s Canyon Meadows Cinema, with raving reviews and those who participated in the convoy validating that it’s portrayed just as it happened.

The documentary is now available to the general public exclusively for RebelNews+ subscribers and people who have supported the making and marketing of the film by donating $100 or more. They’re also taking the film on the road. Rebel News is working on more screenings, stay updated at www.TruckerDocumentary.com to see when the film is coming to a theater near you. If you are a theater that is interested in hosting a screening, you can email Rebel News at content@rebelnews.com.