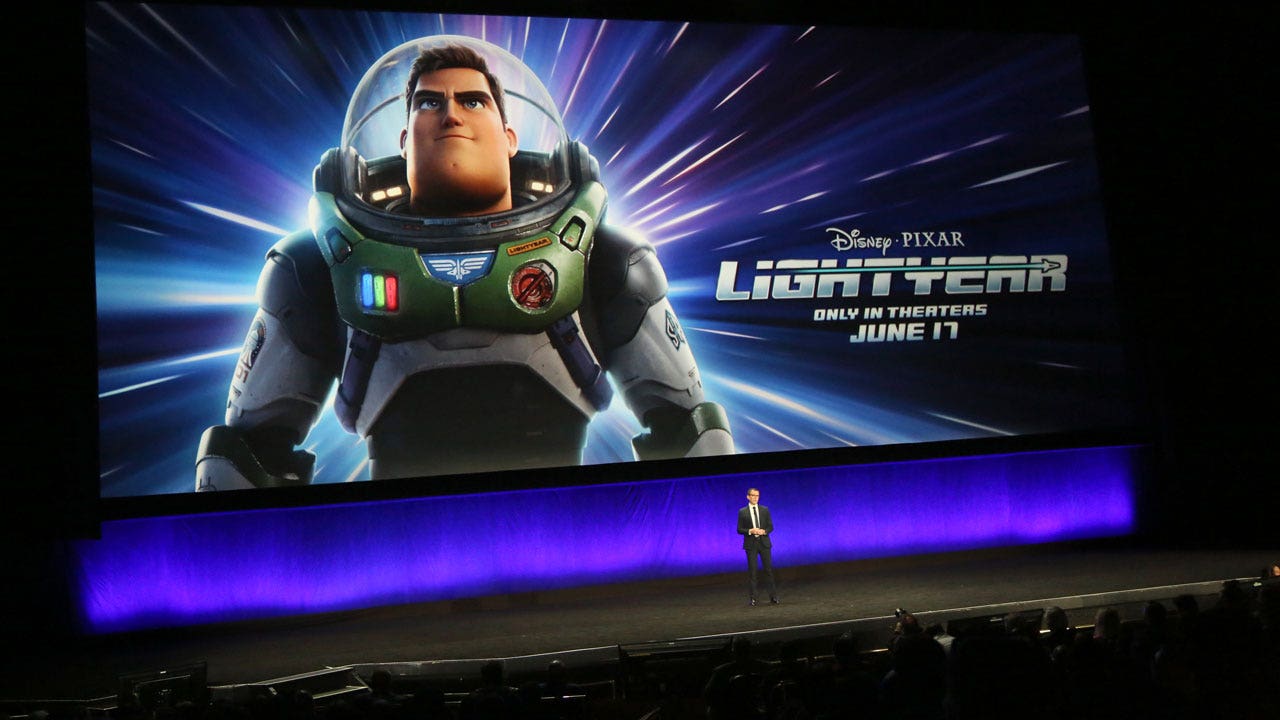 While the patriotic, anti-woke Top Gun: Maverick nears the one billion dollar mark.

Over the three-day weekend, Top Gun: Maverick, distributed by Paramount Pictures, pulled in $156 million in ticket sales, a new Memorial Day record. Since then, the military action thriller has maintained its popularity, becoming the highest-grossing picture in the United States in 202

NBC: Pixar’s “Lightyear,” an origin story about the astronaut who inspired the Buzz Lightyear action figure from the “Toy Story” movies, nabbed $51 million in ticket sales at 4,255 locations across the U.S. and Canada during its debut weekend, according to studio estimates — a respectable but lower-than-expected haul (NBC). Wall Street Journal: “Lightyear” has garnered some controversy as 14 countries in the Middle East and Asia have banned its theatrical release after Disney declined to remove depictions of a same-sex relationship, including a kiss between two married female characters (Wall Street Journal).

So sad that Disney made a woke Buzz Lightyear. I feel bad for the kids.